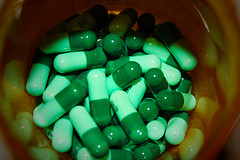 Are medications in pregnancy to blame for more disability diagnoses?

The numbers of diagnoses for neurodevelopmental disorders, like autism, are at record levels. In addition, children are experiencing heighten sensitivities to food, resulting in high numbers of severe allergic reactions. How is it that an entire generation seems to be entering its elementary school years with invisible disabilities and life-threatening allergies?

Could the medications women take while pregnant be the reason we are seeing more and more disabilities in school-aged children?

Dr. Qadhi Aurangzeb Al-Hafti says yes. However, this may not be a new phenomenon. For the past one and a half decades, Dr. Hafti has been collecting research to support his hypothesis.

In a recent article written by Hafti, he refers to disability as a “phenomenon,” and, in his report on how medications in pregnancy may be impacting the rates of disability throughout the world, it seems that he all but wonders if disability is preventable.

To summarize his theory, there are three main components readers need to consider: the statistics, the fetus, and the medicine.

As of March 2014, it was reported by Autism Speaks that one in 68 children has an autism diagnosis. This is up 120 per cent from year 2000 when only one in 150 children was diagnosed with the neurodevelopmental disorder. In addition, it is estimated that between five and six per cent of Canadian children have “physician diagnosed food allergies.” In the United States, it has been said that eight per cent of children have food allergies and 38.7 per cent have had severe reactions to foods they’re allergic too.

Unfortunately, with the increase of neurodevelopmental disorders, like autism, and the prevalence of severe food allergies, children are susceptible to having multiple disabling health threats at young ages.

Dr. Hafti theorizes that multiple disabilities in children are caused by medication(s) taken during pregnancy. In his research he cites that, of 685 – 765 million people with disabilities worldwide, there may be casual relationships to “fetal iatro-teratogenecity.” He explains by writing, “The term ‘iatro-teratogenesis’ refers to the deadly spectacle-manifestations and pandemic outbreaks of ‘irrational medications’ that are administered during pregnancy or in lactation periods.”

To put it simply, fetal tissue has a hard time absorbing the combination of chemicals found in over-the-counter and prescription drugs. However, the chemicals in these medications are persistent and they will break down to be processed by the fetal cells. As a result, the fetus takes on the unnatural chemicals during critical stages of formation.

Even medications that are said to be “safe” during pregnancy pose grave threats to a forming fetus.

It seems that Dr. Hafti believes that labels on medications, rather than the medications themselves are to blame for interrupted fetus development. After all, many expecting mothers would not ingest medicines that they thought would harm the formation of their children, unless going without the medication threatens their lives. 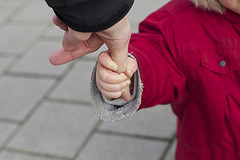 Dr. Hafit says that “…prevalent drug-compositions are embryonically non-compatible, but nonetheless these are administered during pregnancy.” Unfortunately, even labels that promise safety during pregnancy can negatively affect the developing fetus, and consequently, it’s health in childhood and on.

Today, over-the-counter medications and prescription drugs are readily available to women of child bearing ages. Sometimes, complex chemical medications are prescribed to pregnant women. This reality is causing some people to wonder if medications taken during pregnancy are to blame for the increasing amount of disability diagnoses in children. Or, to put it plainly, it is causing people to speculate whether or not disability is preventable.

What do you think?