Causes of Abuse, Why it goes Unreported 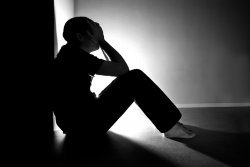 Of the many questions that arise around the subject of abuse, perhaps the most common is this: Why? Why does abuse occur?

We are beginning to understand that abuse occurs in the disability community more than other communities. Even though there are some consistent (yet maddening) reasons why people with disabilities are targets of abuse, not much is known about why perpetrators strike.

Unfortunately, more times than not, victims do not report instances of abuse. This is especially true in Canada’s disability community.

As we seek to understand why abuse affects people with disabilities, let’s explore some reasons why perpetrators strike and why victims do not report incidents of abuse.

Before discussing possible motives of abuse, it is important to mention that inflicting harm on another person is never okay. Nevertheless, The People’s Law School applies three possible reasons why perpetrators act abusively towards people with disabilities:

There are no excuses for abuse. People who harm others have no justification for their actions.

Even though the perpetrator is in the wrong, the only way to right these wrongs is to make sure incidents of abuse are reported. Unfortunately, statistics show that the majority of people with disabilities who are abused do not file reports. Why?

Why Does Abuse Go Unreported?

According to The People’s Law School, there are four common reasons why abuse goes unreported: