The Truth About Alzheimer’s

Alzheimer’s symptoms become more significant as time goes on. In early stages it can be mistaken for common forgetfulness. As time goes on, however, it becomes clear that the changes in mental function go beyond loss of short-term memories. When a person’s memory troubles become a pattern, it is important to see a doctor who specializes in neurodegenerative disorders.

Still, this does not mean that a person has Alzheimer’s or another form of dementia. Much testing needs to be done to conclude that a person is progressing in the symptoms of irreversible brain diseases (“2014 Alzheimer’s Disease Facts and Figures“).

The Stages of Alzheimer’s

Due to the high diagnosis rate, a lot of attention is being given to Alzheimer’s. In effect, there are many facts published about the early, middle and late stages of Alzheimer’s.

The onset of the disease is very subtle. It is evident in slight cognitive impairments like forgetfulness. This is often coupled with difficulty to learn something new. Also, tasks that were once typical, like grocery shopping, managing money, and using a phone or computer might become challenging.

When these seemingly common signs of forgetfulness appear to be more significant, symptoms become more clinical and easy to diagnose. The middle stage of Alzheimer’s includes multiple cognitive deficits including aphasia, apraxia, agnosia and agraphia. These terms are listed with brief definitions below:

In addition, there are reports of troubles with executive functioning, thinking abstractly and getting a good night’s sleep.

Towards the middle and late stages of Alzheimer’s there may be delusions and hallucinations as well as bouts of aggression and temptation to wander. Many times patients with advance stages require consistent, total care.

Is it Possible to Manage Alzheimer’s and other forms of Dementia?

Upon receiving the diagnosis of Alzheimer’s or another form of irreversible dementia it is important to know that there is still much life to live. In the early stages of the disease, it is possible to keep up with activities and relationships. In fact, it is more important than ever to enjoy interests and invest in personal health.

Imagine that you have been diagnosed with Alzheimer’s disease. You can expect to have some bad days, but many good days, too. Make the most of good days. Take care of yourself by getting fresh air and being as physically active as possible. Try to ward off feelings of depression by reaching out to people who support you. Join an AD support group or visit a certified counselor. There are people who can walk you through the many feelings you experience and offer you the listening ear you may want, need and deserve.

Maintain relationships with friends and family by being open an honest about your disease. What fears plague you right now? Share them with the ones you love. Also, share what you are learning about the disease as it progresses. In addition, allow the people in your life to support you by studying up on your symptoms and sharing what they learn with you. Avoid isolating yourself as this is the time where your family will want to embrace you the most. 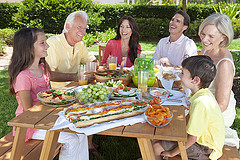 Once it becomes clear that a neurodegenerative disease is encroaching, the most valuable thing to do is strengthen ties and personal health. Finding a mental healthcare professional can soften the blow of a dementia diagnosis and increase the quality of life a person experiences as he or she travels through the stages of AD. These professionals are available to walk people through the emotional journey of dementia, and are equipped to discuss the mental challenges that occur. With a network of support, a person with Alzheimer’s can face his or her disease with a greater sense of self-worth.