Why are People with Disabilities the Target of Abuse? 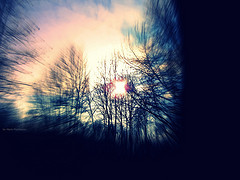 Many forms of abuse affect people throughout Canada. Forms of abuse that plague the disability community include (but are not limited to) physical, sexual, emotional and financial abuse, as well as neglect.

Why are People with Disabilities the Target of Abuse?

When it comes to the subject of abuse, there are more questions than answers. As we try to eliminate abuse it our community, it is important to raise awareness by sharing what we know. Here are a couple thoughts we have, thanks to the guidance of The People’s Law School, about abuse and its victims.

In the free booklet, “Abuse of People with Disabilities for Service Providers,” The People’s Law School applies this definition to the word, “abuse.”

Abuse is anything that causes harm to an individual. Abuse can be physical, sexual, emotional, or financial. Abuse can happen in the home, in institutions or in public. Abuse of people with disabilities, like all forms of abuse, is an abuse of power and control.

Within the term abuse, there are numerous types of abuse that have specific definitions.

Here are five types of abuse that affect the disability community:

When a person is physically harmed, he or she becomes the victim of physical abuse.  This may be the result of “hitting, kicking or pinching someone… handling someone roughly or slapping them.” Physical abuse can also occur when someone is given too much of a certain medication or the wrong medication.

Sexual abuse occurs anytime a person makes intimate advances on another person who does not or cannot give permission to the acts in sound mind.

It can be easy to underestimate the stronghold emotional abuse has on a person’s mental health and overall wellbeing. The People’s Law School label this as “…behvaiour that takes away someone’s dignity and self-worth.” Damage can be done to a person’s psyche if he or she is being called names repeatedly; being put down by others; being intentionally ignored; being threatened. Because this type of abuse strikes at a deeply personal level, there are many ways an individual can become emotionally wounded.

Anytime a person’s finances are being handled inappropriately, meaning without explicit permission, he or she may become the victim of financial abuse. Therefore, if money for basic necessities is being withheld for any reason, or if an individual is being deprived his or her financial benefits, abuse may be taking place. On a more obvious level, anytime unauthorized transactions occur, the person with disability becomes a victim of financial abuse.

Neglect is a form of abuse that impacts people of all ability levels. Unfortunately, persons with severe disabilities are more likely to be intentionally deprived their basic needs. If someone who is unable to care for his or herself is not given food, water, medication, assistance with hygiene, proper utilities, assistive technologies (like dentures, glasses, hearing aids etc.) then he or she may be the victim of neglect. In addition, neglect also occurs when an individual has a medical problem that is noticeable but deliberately left untreated.

We see numerous signs of abuse each and every day. On the news, there are daily stories of abuse that take place in our communities. Abuse exists all around us, and unfortunately, people with disabilities are believed to be targets of abuse because of their mental and physical impairments.

Rather than passively watching the stories of abuse while overlooking its signs, it’s time to take a stand for people with disabilities and stop abuse once and for all.

In an upcoming post, we will discuss ways to prevent abuse and simple action steps anyone can take to identify and call out wrongful treatment of people with disabilities.

Coping with the Aging Process January 30, 2015
Abused Children are Helped by Animal-Assisted Therapy August 22, 2014
Art for All – Art Centres Throughout Canada August 01, 2014