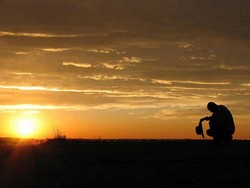 How many disabilities would you guess are the direct result of tobacco use? Too many to name, probably. Tobacco use, particularly in the form of cigarette smoking, is a leading cause of disease and disability. However, we know that this is not new news to anyone.

An estimated 4.93 million people in Canada are addicted to tobacco and many are suffering with resulting disabilities. While there are many different types and varying levels of severity, in this posting we will focus on just a few major disabilities and diseases caused by use of tobacco.

Cigarette (nicotine) addiction causes respiratory problems such as emphysema and lung disease, heart disease, cancer, and stroke. Using tobacco, especially smoking it, causes diseases that often develop into full-fledged disabilities. More so, smoking cigarettes has long been tied to negatively affecting a fetus – a mother who smokes can cause lifelong disabilities for her child.

Did you know that of the 4,000 chemicals contained in tobacco smoke, at least 50 are cancer-causing?

Canadians are definitely being negatively affected by cigarette smoke and nicotine addiction. “In 2011, an estimated 25,300 Canadians will be diagnosed with lung cancer and 20,600 will die of it.”

We are not saying that all cases of lung cancer in Canada are or will be caused by smoking cigarettes. But there is a very high chance that a good majority of those cancer cases will be caused by tobacco smoking addictions.

Another thing to consider is secondhand cigarette smoke. Secondhand smoke doesn’t just damage a person – it has the potential to kill a person.

We know that of those of you who smoke, many probably would give anything to be able to quit. This week we are not going to be giving out a lot of depressing, negative statistics about using tobacco (mainly smoking tobacco).

While we can shell out statistics about tobacco and disability all day long, we know they are unlikely to really help anyone quit using tobacco products. Even though it is good to be educated about the effects of tobacco use, we understand that a heightened sense of awareness does little to stop the intense cravings nicotine addiction causes. What people who are addicted to nicotine truly need are real answers about how to quit tobacco for good.

The hope for this week is that people who struggle with nicotine addictions will receive the tools and support they need to journey away from tobacco.

For those of you wanting to discontinue use of tobacco and be free of addiction, we know you are in an intense battle. Getting free from tobacco addiction has been described as almost impossible by some. However, there are many people who have indeed been freed from a nicotine addiction and, ultimately, an untimely death, disease, or disability. Hope, relief, and solutions exist for you if you desire to quit smoking or using tobacco.

You can be part of the percentage of Canadians who are free from nicotine addiction.

Here are questions to get the conversation started (leave your responses in the comment section below):