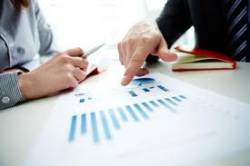 Do you know that of all mental illnesses, eating disorders have the highest mortality rate?  Unfortunately, this is a true statement. What’s more, of people who have eating disorders, 10 to 20 percent eventually die from complications.

Here are other eating disorder statistics in Canada that you may not know:

These statistics are taken from a NEDIC fact sheet. To read more statistics about eating disorders in Canada, click here: http://www.nedic.ca/knowthefacts/statistics.shtml.

Why Are Eating Disorders Common?

A certain amount of responsibility lies on the media. The media constantly barrages us with images of the “perfect” body. And this distortion doesn’t just attack women; often, men become victims too. These unrealistic, unspoken expectations set forth by the media create fertile soil in which the seeds of disordered eating can grow.

All images aside, the media portrays diets as a normal, healthy part of life. As a result, “70 percent of women and 35 percent of men” are on a diet at this very moment. Diets also cultivate a lifestyle of disordered eating.

Additionally, various types of abuse, as well as atmospheres in which a person was raised can increase susceptibility to eating disorders. Why? Because abuse can create emotional problems that people attempt to fix with food. And if someone was raised in an atmosphere in which people routinely overate, the chances are great that that person will follow suit.

How Can A Person Tell If He Or She Has An Eating Disorder?

Are you fully preoccupied with what you’re eating, when you’re exercising, what you weigh day-to-day, or the amount of calories you are consuming? Does weight and food claim the majority of your thoughts? If so, consider speaking to a health care professional about your struggles.

What Types Of Eating Disorders Are There?

Do you recognize these symptoms in yourself? Have you ever wondered how you can free yourself from disordered eating? The first step is to reach out for help. Here are some resources you can connect with that may be able to help you break free: