When Will We See Visible Disabilities on TV?

The Pressure to Be Perfect 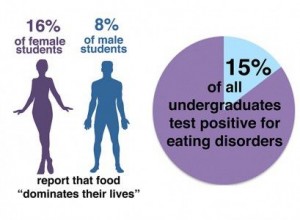 Everyone knows that in Hollywood and on television the pressure to appear perfect is immense. Women starve themselves and develop eating disorders to attain impossible figures and men may spend more time in the gym than with their families. The standard set by popular culture is very, very high, indeed. And through the eyes of popular culture, someone who doesn’t stand tall and statuesque may simply never be good enough.

Reflection of the Disabled Experience

And, perhaps, the saddest part about this stigma and drive for perfection is that real people don’t see their experiences represented in film and on TV, and this is especially true for those with disabilities. When was the last time you saw a show where the lead was someone who used a wheelchair? When was the last time you saw an amputee cast as a stunning love interest. In the rare event that people with visible disabilities are seen, they are background characters and their disabilities may always be the focus rather than the person themselves and television shows almost always get what living with a disability is really like completely wrong.

The Real Life of a Person with a Disability

But the truth is, people with disabilities are fully-functioning, complex, multi-faceted, everyday people who have the same triumphs and challenges as everyone else – plus whatever their disabilities may bring. People with disabilities own the starring roles in their lives and are leading men/women, love interests, and every other type of character as well. What you may not see on television you will see if you look around in real life.

So why don’t we see that on television? Why can’t writers and television executives see that those with visible disabilities are just as beautiful and perfect as anyone else? When will people see that disabled characters reflect an important, underrepresented segment of society?

People will likely only come to this realization when we, the viewing public accept it and even demand it. Because as much as the fault lies at the feet of television bigwigs it also lies with all of us as people with disabilities must be determined to be seen and tolerate no less than acceptance when they are.