Stigma often surrounds epilepsy and seizures. Epilepsy stigma is a prejudice against those who suffer from various types of seizures. In spite of the fact that it has been estimated that 50 million people worldwide suffer from epilepsy, stigma can negatively impact relationships, home, school, and even work life. Some cultures show more stigma against epilepsy than others. 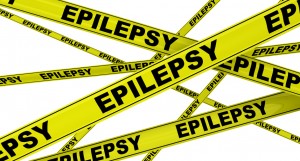 Stigma is literally defined as, “a mark of disgrace or infamy; a stain or reproach, as on one’s reputation,“ or, medically, “a mental or physical mark that is characteristic of a defect or disease.”

In other words, stigma is a negative prejudgment and stereotyping of someone based on only one characteristic – in this case, the presence of seizures or epilepsy. Stigma surrounding epilepsy shows itself in discrimination and prejudice in society.

Effects of Epilepsy Stigma on the Individual

According to Confronting the Stigma of Epilepsy, a paper by Sanjeev et al, epilepsy exists in two worlds, “one of scientific advances in the management of epilepsy where enormous progress has been witnessed and the other, a darker world of superstition and prejudice that remains quite resistant to the numerous initiatives for people with epilepsy.”

At the individual level, the stigma against epilepsy has been shown to:

These effects of epilepsy stigma on the individual trickle down to almost every aspect of life.

And the individual is not inventing these feelings of stigma. When a person with epilepsy internalizes a sense of shame it is because of the messages that they are getting from society. According to the above paper, it is as a result of both enacted and perceived stigma. Enacted stigma includes “acts or instances of discrimination against people with epilepsy on grounds of their perceived unacceptability or inferiority,” while perceived or felt stigma is “the anticipation or fear of enacted stigma or negative reactions to the disclosure of epilepsy, which also encompasses feelings of “difference” and shame.”

How to Reduce Epilepsy and Seizure-Related Stigma

While the fact of stigma in society can look immovable, in fact, we do know there are ways to reduce epilepsy and seizure-related stigma. For example, it is known that people who have lived experience with a person with epilepsy express less stigma and discrimination. This means that groups that are dedicated to sharing real life stories of epilepsy in schools and elsewhere are, actively, combatting epilepsy stigma in society. Accurate knowledge of epilepsy does reduce fear surrounding the disorder and further reduce the stigma people face.

One example of an enactment of this is the global campaign run by the World Health Organization, the International Bureau of Epilepsy, and the International League against Epilepsy. This program has been focused on certain countries such as China and Brazil. As part of this program, education and stigma reduction techniques were taught to healthcare professionals and teachers and it does appear to be having a positive effect in those countries.

IF you want to do something on this Epilepsy Awareness Day you can: 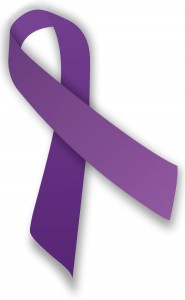 Check out the Purple Day page for more information on how you can help eradicate the stigma around epilepsy and seizures.