If you’re under the age of 40, it’s likely that you haven’t thought much about Parkinson’s disease because there’s a

What Are the Symptoms of Parkinson’s Disease?

According to the Mayo Clinic, the following are symptoms of Parkinson’s disease:

People with young onset Parkinson’s tend to have a slower progression of the disease and tend to work for another 15-20 years, on average.

The choice to medicate young onset Parkinson’s disease is a personal one and no one strategy will work for all people. The timing of when to start medication is generally influenced by:

Medication decisions need to be made in conjunction with a neurologist or other specialist doctor. It is important to know that no known medication will slow the progression of Parkinson’s and they are only able to provide symptom relief. 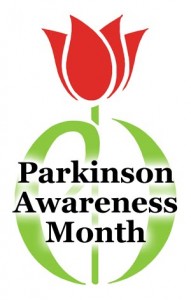 There are five questions suggested by the Parkinson Society of Canada that people ask their healthcare professional about medications:

The answers to these can inform medication and treatment decisions. In advanced cases, surgery may be recommended.

People with young onset Parkinson’s are generally encouraged to exercise regularly and even attend physical therapy to improve stretching, balance, and overall health.