A common debate regarding marijuana (medicinally known as cannabis) is whether or not it is addictive. This post looks beyond its legality and addresses the issue of abuse: once exposed, can an individual stop consuming this substance without adopting a 12 step recovery process? 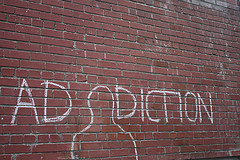 The answer to this question is simple. Yes. But it comes with a caveat: most of the time.

About 10 percent of people become psychologically addicted to marijuana, and less than 30 percent of users have dependency issues with the substance.

Most of the time, however, people who smoke marijuana can stop with some ease. Although, in its absence, there may be an onset of “anxiety, depression, nausea, sleep disturbance and GI problems.”

THC is the active compound in marijuana. This is what gives cannabis its effects. It triggers brain receptors that also affect mood, sleep, and appetite. Still, many people disagree about the side effects of marijuana.

One major argument is whether or not the psychoactive drug is addictive. As stated above, some people become addicted to marijuana in a psychological sense. It affects the way they perceive and lead life.

But every person is different. Individuals are unique despite using cannabis as part of daily habits. Consuming cannabis on a regular basis, however, can disrupt one’s life if he or she puts too much focus on the drug. After all, this type of behaviour can be time consuming and lead to poor finances.

Ultimately, an individual needs to decide if marijuana is interrupting his or her life. If this is a current concern, or if researching recovery groups for a loved one seems necessary, finding information about MA and local meetings can be done through this website: https://www.marijuana-anonymous.org/meetings/in-person/27-canada

Marijuana Anonymous is a group focused on honesty. Those in the program accept that  using marijuana prohibited them from living their best lives.

The 12 steps used in AA inspire those of MA. This recovery program, like others, focuses on making small steps towards progress.

Another hot debate surrounding marijuana is whether or not it is a narcotic. Regardless of the legality of marijuana or its drug status, cannabis is widely known, and often prescribed, as a form of chronic pain relief. Therefore, a number of people in the disability community may use this substance on a regular basis. While understandable, it is important to know a couple of dangers of using marijuana and why it is sometimes considered a narcotic.

– One issue surrounding marijuana is that it can easily be laced with other dangerous substances.

– Marijuana is seen as a “gateway” drug. It is believed that those who use marijuana are more likely to try other narcotics.

If this article raises concerns about cannabis use, it is wise to conduct research on signs and symptoms of addiction. In addition, information surrounding narcotics may be useful, as cannabis shares some of the same side-effects.

While Disability Living only mentions a few narcotics this week, there are numerous 12 step programs for people battling all sorts of drug addictions. A great place to begin researching substance abuse issues is NA (http://www.canaacna.org/english/meetings.php).

Image made available by homelesshub on Flickr through Creative Common Licenses.