“A class-action lawsuit was filed in March 2007 on behalf of Dennis Manuge and 4,500 other disabled veterans whose long-term disability benefits are reduced by the amount of the monthly Veterans Affairs disability pension they receive. “

Many disabled veterans of Canada benefited from filing for the SISIP lawsuit (Service Income Security Insurance Plan). The National Benefit Authority covered the SISIP when it first received national coverage. Through the Disability Living blog, the disability tax credit agency reported how the Canadian Government was not giving disabled veterans the money they were entitled to. 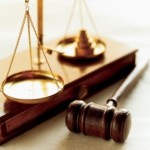 How did the SISIP Settlement Benefit Veterans of Canada with Disabilities?

– Retroactive payments- There was a lot of debate as to how much money the government would make available for veteran disability benefits, and how far back government would issue retroactive compensation. The SISIP settlement is valued at approximately 887.8 million dollars. This is more than the initial amount estimated in public speculation. Government also resolved it would go back to 1976 with retroactive payments.

–Tax implications- Tax benefits were a core issue of the lawsuit. It was deemed unfair for government to pay out funds that are taxed. Long-term discussions are necessary to ensure tax benefits remain fair and manageable.

–System of assessing disputes- A new system was put in place where veteran cases are reviewed independently before determining the amount awarded in disability refunds.

–Calculated benefits- The lawsuit clarified how disability benefits will be calculated in the future.

Poring over articles and blogs about the SISIP settlement, Disability Living came across a lot of angry feelings about this topic. And rightly so –

Veterans Entitled to Government Funding Were Not Receiving Money they Needed

– Veterans of Canada were not getting the amount of money they were entitled to.

– Veterans were having tremendous difficulty living on the funds they were given and often found themselves having to pay various fees associated with obtaining funds.

– Overtime, some veterans began receiving smaller amounts of disability benefits than before.

Ultimately, veterans of Canada were only getting small amounts of money from government that was then being taxed. Many veterans found accessing funds was more trouble than it was worth.

As of April 4, 2013, the Federal government approved a settlement between Dennis Manuge v. Her Majesty The Queen.

In theory, the SISIP settlement sounded good. What do you think? The National Benefit Authority wants to know your thoughts about disability benefits for veterans of Canada.

Here are some questions for Disability Living readers:

– Were you involved in the SISIP settlement?– Are you relieved the lawsuit was settled?
– Do the disability benefits you receive counteract the legal fees you must pay?
– Are there direct effects of this settlement or do you feel it is something that will benefit future generations?

Read more about the SISIP settlement. Start with these Disability Living resources:

Disability Living wishes Veterans of Canada the best of luck getting their rightful money from government. As a disability tax credit agency, the National Benefit Authority strives to ensure all Canadians with disabilities receive funds they are entitled to. If you suffer from a severe and prolonged disability, contact the National Benefit Authority to discuss how to apply for government funding.