Canada Medals in Men’s Volleyball on Home Soil in Pan Am Games.

“Part of the reason we played so well is Puerto Rico played so poorly in the first two sets,” said Canada’s Frederic Winters. “They played better in the third and in the fourth, but we kept our composure, which was nice to see.”

Captain Gavin Schmitt of Saskatoon was a superstar and led the Canadians in winning 25 points. This was thanks to converting 19 of 27 spike attempts and scoring four points with his brutal serve.

Other high point winners in the games included Gord Perrin of Creston, B.C. and Calgary’s Rudy Verhoeff who won 14 and 13 points respectively.

Canada lost the semifinals 3-1 to Argentina putting them out of contention for the gold medal. Argentina is ranked 6th in the world compared to Canada, ranked 14th. 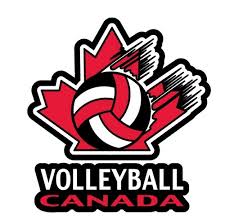 we really talked about this in all seriousness.

“I’m really proud of the guys for bouncing back today after a sub-par performance against Argentina.”