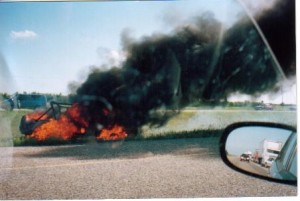 My name is Chris. I was raised in Brandon, MB. At age 15, I was involved in a Jeep accident when a friend of mine and myself, were thrown from the vehicle, neither of us wearing seatbelts. When I came to in the hospital two weeks later, I was minus my right leg at the hip, and my friend was dead.

Prior to the accident, as a normal teenage boy, I already had my own insecurities which were now amplified because of my newfound physical impairment. It didn’t take long for me to turn to alcohol for comfort.

I stopped taking care of myself and became totally inactive. I felt that I was alone, and even more different than anybody else. I had a hard time accepting myself as I was, and spiraled into self-pity.

Before the accident I was very active in sports. I played a lot of hockey and liked to go for runs. Two years after the accident I found myself overweight. I began working out on the equipment in my parents’ basement obsessively.  I was not comfortable going to the gym because it reminded me of my differences, and I was conscious of people staring.

Somebody then told me about sledge hockey being played in Winnipeg. I had never heard of the sport so I checked it out. I was thrilled to get involved since I had missed playing hockey. Up until this point, I had no idea that there were sports for amputees such as myself. 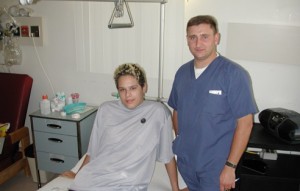 I played sledge hockey for a couple years before I was invited to attend a sitting volleyball camp in 2012. The team was recruiting for a sport I wasn’t aware of. After the invitation I checked out a few videos online o f sitting volleyball. The guys in the videos made sitting volleyball look easy, so I figured as a decent athlete I would be able to transition to the sport quite easily. Boy did I get a rude awakening at the camp. I never considered that I had no volleyball skills at all. The guys that I was introduced to had been playing for a number of years and it showed. They were making precise passes and attacked the ball with power. Then there was me deflecting balls off my body, and finding myself barely able to move around on the floor the second day because my bottom was so sore.

It was frustrating at first but I felt at peace with those guys. There were guys from all over the country. Each had their own story and some sort of impairment but it didn’t slow them down a bit. Everyone was moving forward with life and I wanted to be involved. Luckily I was invited to continue on with the team. I remember going home to Brandon and practicing at the racquetball courts at the YMCA. The courts had a big glass wall that people would pass by on their way to the change rooms, and some would glance over at me practicing.  I felt foolish. I told my coach about this and he suggested I wear one of my team Canada shirts while I practice. He also reminded me there are countless people training for a chance to be a part of a national program. His advice worked and in time I found myself practicing with pride. 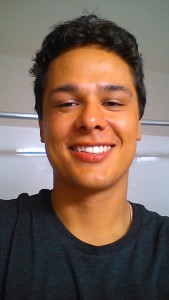 I’ve had to work through many issues as a result of losing my leg. I still have some esteem issues I continue to work on, but I’ve really begun to take a lot of pride in myself.  I’ve realized that I’m not the only guy that lives with some sort of impairment. I can accept myself and be happy with who I am. Being involved with sports and remaining active has given me sense of belonging. I had a lot of support working through things with team management, and teammates. For that I will be forever grateful.

Being a team Canada athlete has been quite a journey. I have been on the team for a few years now. It’s not quite as much a shock to my system when I travel and gather with my teammates. When I first started, I would be so energized for days before the event that I would have sleepless nights. Even while I was on the road I would barely sleep. I would return home and crash hard being completely exhausted. Now I am able to relax and get the needed rest so I can continue with my life as normal.

I have travelled to some pretty cool places and I have met a lot of nice people. Most of all I am really happy when I see my team. It is just like seeing old friends, we pick up right where we left off and return to our homes once the training or competition is done.

These days I get up early and go to the gym because I feel I have a purpose to train. I am training regularly from home, and I will be moving to Calgary to train with teammates. We have an upcoming competition in China scheduled for March of 2016.

I belong to a national program and I am proud of this. I have captured the things I’ve wanted in life as direct result of being on the team. I have a sense of belonging, a sense of comfort in my own skin, and I remain an athlete. My involvement with sitting volleyball has helped me achieve what I have desired out of this phase of my life.