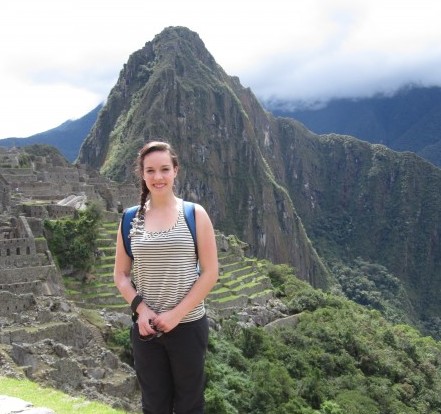 On October 1, 2011 my life changed drastically. I was on my way to the first volleyball game of my grade 10 year with my father and friend; I had been working up to this season for the past three years, emerging as the setter and leader of the team, when a life-changing moment occurred.

A car veered into our lane, the driver had fallen asleep and hit us head on, sending us down a bank and into a small swamp area. When the ambulance and fire fighters arrived and began extracting us from the mangled truck, I could only look at my dad because through all my life he was able to get me through all the hardships.

My arm was severed, and once in the ambulance they told me that they were going to do the best they could to save my arm, but I would most likely wakeup without it.

I have a distinct memory of this moment and immediately thought of members of my community who had undergone amputations. Regardless of the outcome, I knew I was going to be fine and that no matter what I was going to do this. The doctors were thankfully able to save my arm and fix the break in my right femur, and my immediate thought in the hospital was getting back on the court. The doctors were skeptical but I knew I would play again.

Once I was out of the hospital and all my braces and casts were gone, the hours in physiotherapy began. My therapists knew what my goals were, and were willing to do what ever it took to get me back onto the court, including sitting on my arm to straighten it. Although my arm was saved, I was left with very limited range of motion in my right arm as well as a scar starting at the top of my elbow crease, cutting right through to the bottom of the crease, circling around the side and up the back of upper arm. When the arm was severed my radial head was removed from my arm, to fix this my surgeons replaced it with a titanium one that they created. As well as titanium in my right elbow and titanium rod was inserted into my femur to heal the break. Due to the severity of the injury, I am currently not able to do everything with my dominant hand/arm. 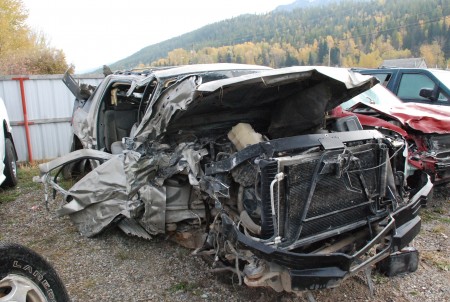 The following summer, I taught myself to serve and hit left handed, and adapted my setting to compensate for my loss of range of motion in my right elbow. I made the school team that year but spent all my time on the bench, it was a tough change but I then decided to give my dream one last chance and play on a club team and see if that would grant me more court time.

Despite my volleyball background, it was hard starting a new sport from scratch. I still wasn’t used to not being one of the top athletes on the team, and often wished to play like “the old me.” The only thing I could do to get rid of this feeling of self-doubt was to work as hard as I could to become the new me that was determined to succeed. And so my journey as a sitting volleyball athlete began …

How I Continue To Propel Forward

The sport is beneficial to me in so many ways. It has given me a way to get back on the court, but most importantly it provided me with friends that help me accept my disability, and have helped shape me into the confident young woman I am today. Sitting volleyball continues to give back to me everyday. Through this program, I am able to travel and meet people from various places around the world. I also love that it gives us the opportunity to give back by doing activities where we get to interact with children or other people with disabilities, and show them that they are not alone.

I have had to sacrifice time at home with family as I am often travelling and practicing, but my friends and family are very supportive and understanding.

Being in my second year of school at the University of Calgary, I have to take four classes instead of five to compensate for all the travel time, as well as making an effort to keep my grades up while training and sacrificing studying time. In my opinion the benefits of being part of a National Program far outweigh the sacrifices. 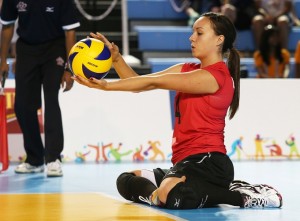 First Class Ticket on the Journey of Hope

Throughout the past four years my theme word has been hope. At the beginning of the accident I just hoped that I would be able to keep my arm. Once I was promised that I would keep my arm, I then hoped for finger and hand movement as they said that my nerves were severely damaged. I hoped with all my heart that I would be able to play volleyball again. After joining the sitting volleyball team I then began to hope that we would qualify for the Paralympics in Rio 2016. Every moment in this “journey of hope” has come true for me because I never gave up on my dreams.

Qualifying for the Paralympics was so emotional, I wasn’t prepared for the wave of emotions that hit me. I can’t wait to represent my country on the world stage qualifying isn’t enough for me, now I know that we will be successful in Rio, and like everything else in my journey of hope, I will work as hard as I can to be successful once again!